The Next Generation of Retaining Wall Systems 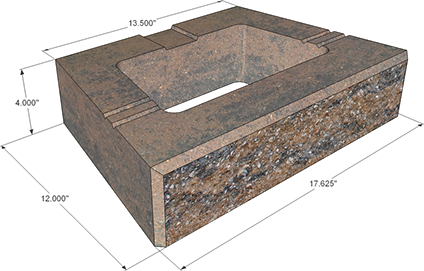 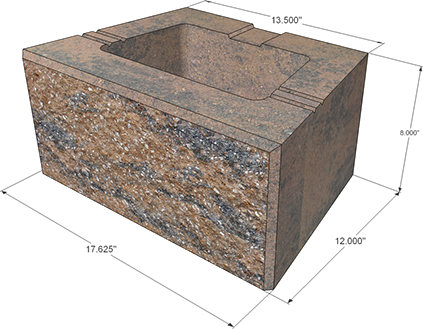 The GeoStone Retaining Wall System consists of two units, a 36 lb and 72 lb module.  They are typically used independent of one another but can be used together in banding or true ashlar patterns.  Between the two any requirement of an SRW system  can be achieved.  Most other systems accomplish this with twice as many units or more, resulting in a higher manufacturing and inventory cost.  The GeoStone concept is to keep it simple.  Click here for a short video on how the GeoStone system works.

The GeoStone Landscape block was originally created as modular retaining wall system to fill in the "gaps" between the larger wall modules and the mainly decorative small blocks found at the retail or "box stores".  This module is identical to its larger version with the only exception being height and weight (36 lbs).  Its method of connection is identical as well, making it the strongest 4 inch retaining wall module on the market. This connection method which we call "Rock Interlock" allows the two modules to be mixed in to the same wall in either a true ashlar (random) pattern or banding.  The GeoStone Landscape block can be easily maneuvered and handled.  It's lesser weight allows for 1 block to be carried in each hand.  It also makes placing and positioning much easier in radius and footing stages.  A very common argument we get is that it takes twice as many.  True, but walls are typically built much faster with this product than its heavier predecessor.  This has much to do with the stamina of person building the wall.  They do not wear out as quick.  The main reason however, is due to the building technique used to place this product which can be seen here.

The GeoStone Standard block was created prior to the Landscape block.  It was created by a professional modular wall installer who had used and was familiar with all the segmental wall systems at the time.  All were heavy and cumbersome utilizing varying forms of connection, most of which have been proven unnecessary for significant  block to block/grid interlock.  It seemed so simple to eliminate material with a large core thus reducing material cost and weight.  This also played a factor with logistics.  At the time, this block was the least-heavy among the full-size modular retaining wall units at a relatively light weight of 72 lbs!  With no pins, lips, or lugs, the GeoStone block was the first of its kind and testing showed it to have "off the charts" connection strength.  The GeoStone Standard block is still the lightest and most competitively priced of the commercial units.  It has dominated in markets of availability as the number one choice for professional installers and manufacturers.